Explore the World of Flight By Perdido Key Property 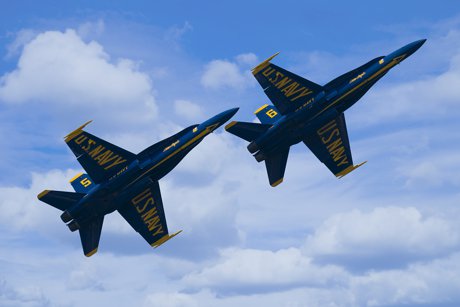 The sky's the limit near Perdido Key property at the National Naval Aviation Museum. The largest museum of its kind in the state and beyond, this facility showcases the history and appeal of naval flight travel. Dedicated to “Preserving the history and heritage of naval aviation” key exhibits intermix with special events highlighting the United States Navy, Marines, and Coast Guard as well as other pertinent contributors to the world of flight.

Known as the Quarterdeck, the reception area greets guests. The visuals in this opening to the museum are stunning. Various aircraft suspend down from the ceiling and represent American forces in World War II, and the Korean and Vietnam Wars. Walk through the halls and get up close and personal to inspect other classic aircraft. Browse a variety of onsite aircraft here. In Hangar Bay One tribute is paid to brave men trapped behind enemy lines. The Prisoners of War Exhibit recreates a squalid scene of Vietnam's Hoa Lo Prison. Around the way a bit in the South Wing patrons view Patches and Flight Gear as well as  NC-4 Memorabilia.

Simulators put visitors from Perdido Key homes right into the action. Get the feel of piloting high-speed aircraft as you maneuver in the air to air combat scenarios. Motion-based simulators provide stunning visual experiences as folks take the passenger seat and fly with the Blue Angels during this high definition theatrical adventure.

Watch the Blue Angels soar through the skies above Perdido Key property in reality as they get their air time in. View their practice schedule online and don’t miss an opportunity to see these amazing pilots strut their stuff. Practices last about an hour are open to the public free of charge. The doors to the National Naval Aviation Museum are open daily from 9 a.m. to 5 p.m. making virtually anytime a great time to visit. Explore the world of flight today.

JD is the Broker/Owner of Perdido Key Resort Realty which proudly serves all property owners in and around the Greater Perdido Key and SW Pensacola areas. If you have questions about buying, selling or general questions about the market then you should speak with JD at your soonest convenience.
If that isn't enough... JD Hallam has also been the Board Member serving as the Perdido Key Lodging Representative for the Escambia County Tourism and Destination Marketing Organization, VisitPensacola, and is the organization's FY19 Marketing Committee Chairman after having been the Treasurer for FY17 and FY18 Marketing Committee Chairman.
Posted in News
no comments yet
Please enable Javascript to comment on this blog
Like or Share
Loading likes...